My name is Max, and I am a hobby enthusiast from Quebec City, Canada.

I am obsessed with painting miniatures, and I want to share this passion with you.

Hellfire Hobbies is a collection of my various projects, product reviews, as well as countless tips, tricks, and techniques to help you make the most out of the hobby. 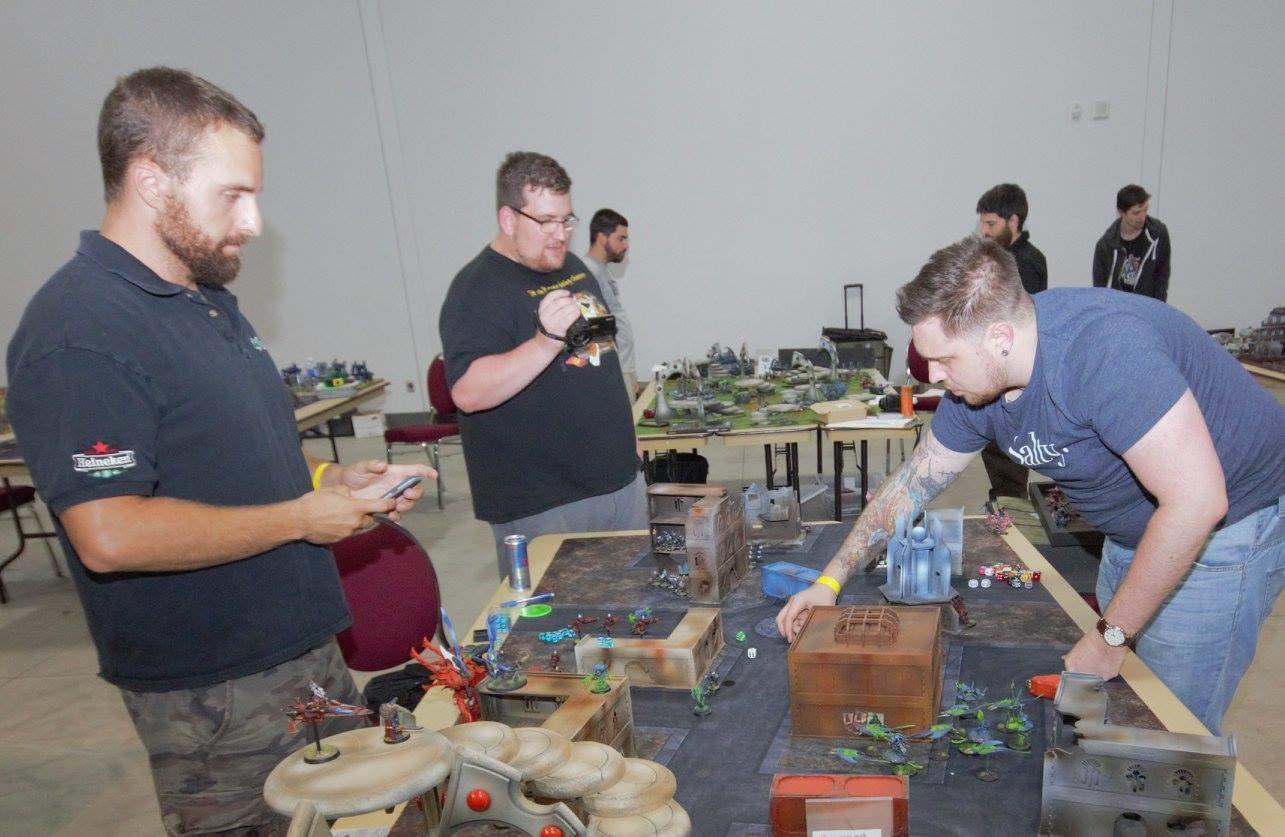 Who am I, what is this, and why are you here?

As I stated previously, my name is Max Dubois.  I’m a painting enthusiast from Quebec, Canada.  I’ve been part of and worked in the gaming industry since I was 14 years old. Here’s how I got started and how I got here; a tale which will also explain how you got here.

What got me into gaming is painting miniatures; I didn’t care much about the game and the rules for toy soldiers that much.  Miniature painting was the first time I was introduced to art that was related to stuff I liked, fighting and war.

So I started painting.

I got the best of both worlds when it came to painting.  While working at La Donjon, which was THE local gaming store when I got into gaming, I wanted to paint award winning models.

I was lucky to have Paul as a co-worker, who despite all the hazing when I joined the staff, was an awesome painter and taught me a whole lot. 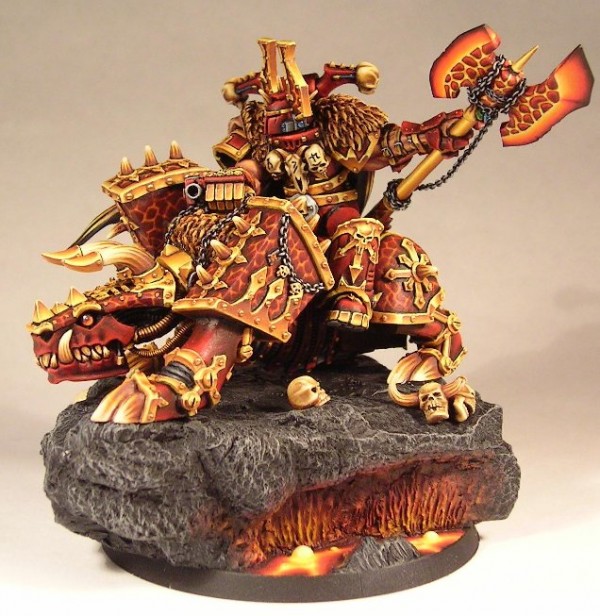 As luck would have it, two regulars also happened to be Slayer Sword winners; Vincent “Boltman” Hudon and Thierry Husser.  Not only were they (and still are, probably) amazing at painting, they were also super nice guys and mentored me into a great painter.

That year, I was painting everyday for more than an hour. By the end of those 365 days, I think I barely had more than 10 painted models.  But man were they dope.

At that time, having a fully painted army seemed as impossible as climbing mount Everest.  I never really made it my goal, because it seemed impossible to do. This is a struggle for most, and it sure was mine.

Again, lucky for me, my other co-worker at the time was Rock, and he was the army painting master.

One thing that amazed me was how Rock would put rows upon rows of painted models on the table every time.  It was both amazing and shocking to me to see his models being painted in simple techniques, because Rock cared more about putting 20 painted zombies on the board rather than having the eyes painted on each of them.

I got my first fully painted army nearly 5 years after joining the hobby, because I made it into a bet with a friend.

I didn’t sleep for 2 days before the event in order to finish the models.  I used a lot of the ways Rock did to paint his hundred and more armies in no time.  But by the morning of the event, it was painted (and not everything was fully dry)

And that was it.

Playing with a fully painted army, I could never go back to playing unpainted.

From that point on, I became obsessed with finding ways to paint entire armies  without having to compromise too much on time or quality.

That obsession later turned into a job. I started a blog called Hellfire Painting in 2011, when I got into commission painting; as a way to showcase my models.

This is the first project that I fully commissioned, a Blood Angel parking lot when they were the hotness back in 5th edition. 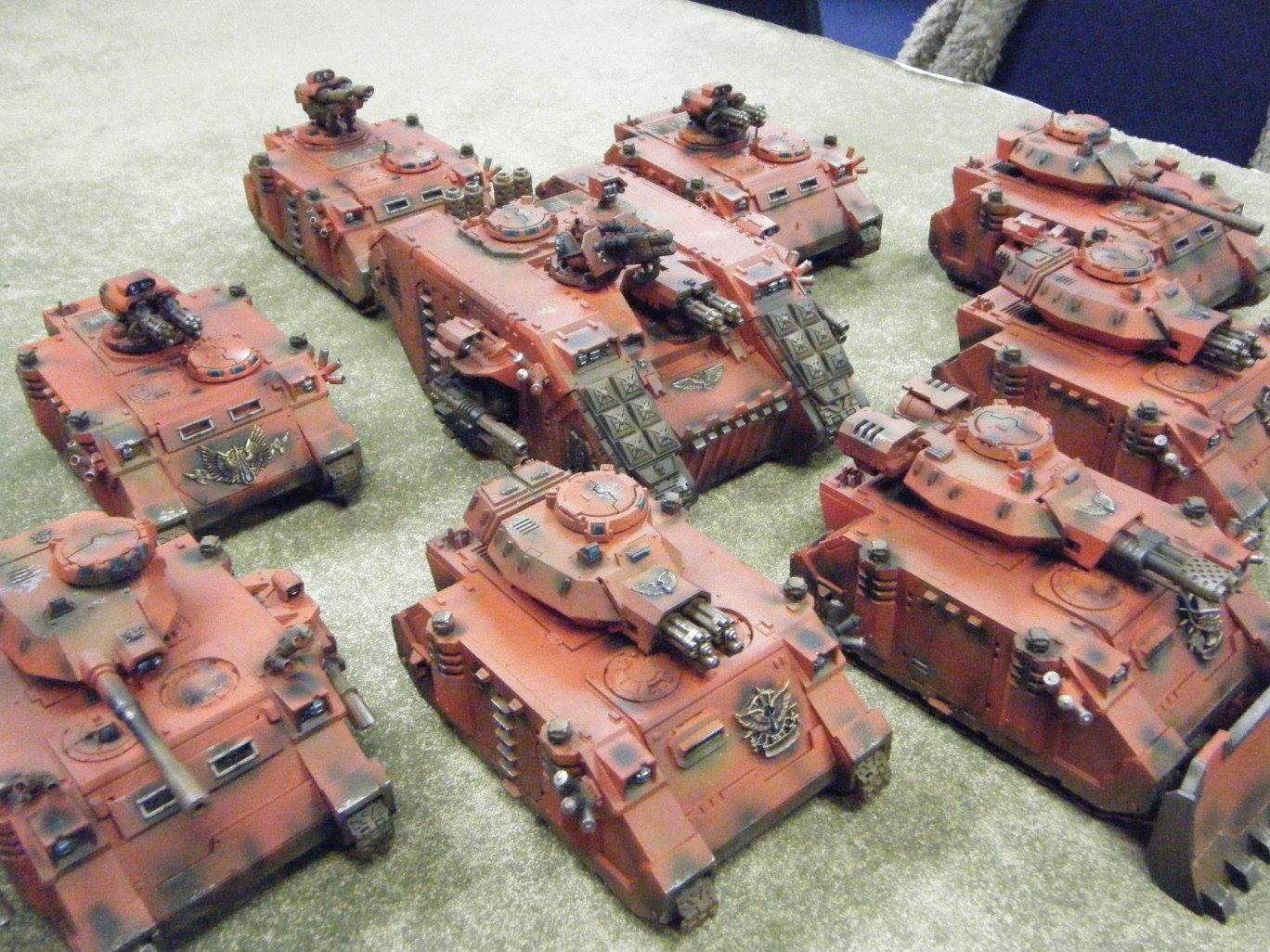 The commission business was really good for me, and I lived off it for most of 5 years.

It also allowed me to attend a lot of events and tournaments, like the Nova Open and Adepticon, where I met some great friends and collect a few nice trophies to hang over the toilet.

I realized at one point that the blog was giving me so much more than simply showcasing my models.

It was also my chance to give back to the community, and help other painters, gamers, maniacs and friends get the results they want out of the hobby; to grow as painters and push beyond the point they thought was impossible for them; to climb that freakin’ mount Everest of unpainted miniatures.

And I started writing more and more.  How-to’s, step by step guides and the occasional product review.  My articles were picked off by large wargaming blogs like Frontline Gaming, Torrent of Fire and Spikey Bits.

These articles grew into videos, streams and e-books, all with the purpose of delivering better content and to fuel my passion for painting toy soldiers.

That obsession turned into my life’s work.

In 2016, I opened my own game store, La Boutique Hellfire, so I could keep on with my obsession of making the community awesome.

Over the year, the format might’ve changed quite a lot; but the mission has not: