09May 2019 by Hellfire Hobbies No Comments

Another month, another fully painted army in the Hellfire collection!  This month, it’s fabulous Grey Knights!

In case you are new around here, my new year resolution is called The Army of the Month Project, and you can read about it here.

For April, the army was a fabulous bunch of Grey Knights.  Fabulous, because of the pink obviously.

There isn’t anything mind blowing about this army in all honesty.

I had great plans for this army originally, involving Hellfire-made resin bases; which the Grey Knights were perfectly suited for.  However, the resin base project was put on the back burner when I took on a couple of AOS armies for commission work.

The Grey Knights are just an army that I like visually, and besides a couple of 1000pts game at the store’s 40K Friendly days, I don’t think I’ll play much of the silver boys. 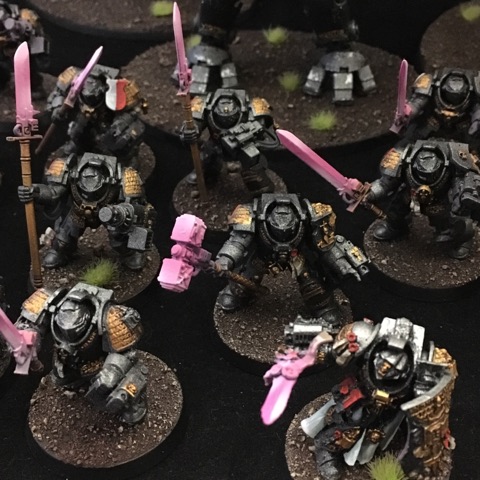 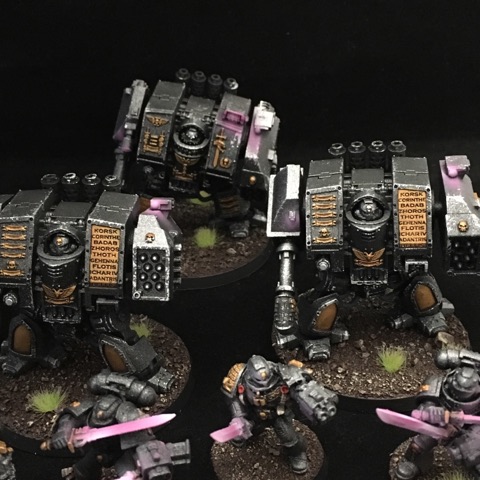 As such, I just wanted models that I could put on the table.

Should they serve some higher purpose like go to a tournament, assuming they ever get on GWs good graces of FAQs, I can finish up the details like lenses, cleaning up the power weapons and add more details or upgrade the character’s bases. 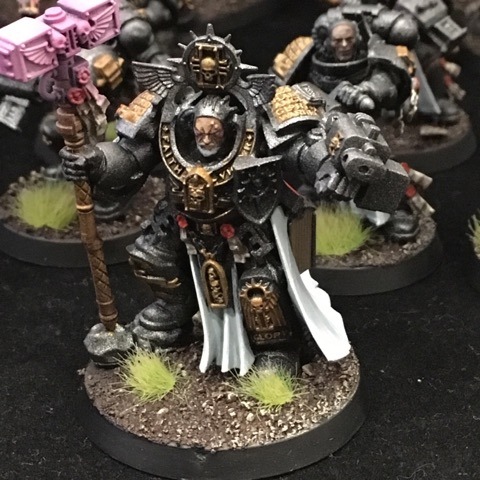 But in the meantime, they are fabulous enough to bring out for a casual pick-up game or two.

The army for May is most likely going to be Craftworlds, as I am not quite set on a chaos list yet, and don’t have enough Renegades to make another army’s worth of model at this time.