30Nov 2018 by Hellfire Hobbies No Comments

Despite y non-existent posting for the last couple of months, I am still painting a lot of models.  I’m currently painting a nurgle army that includes everyone’s favorite tree:  the Feculent Gnarlmaw. 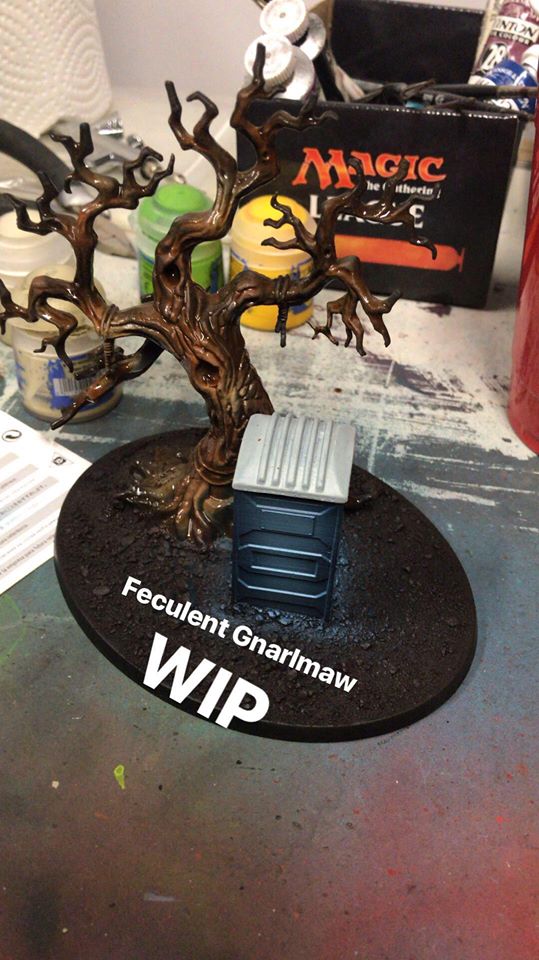 I was about to call my converted Feculent Gnarlmaw done, but then I remembered that a couple months back, my friends and I bought some goodies from Green Stuff World, and I had the Spider Serum lying around.  Basically, you shoot that through the airbrush and wham bam, you have spider webs at the ready.

So I figured, you know, might as well give it a try. 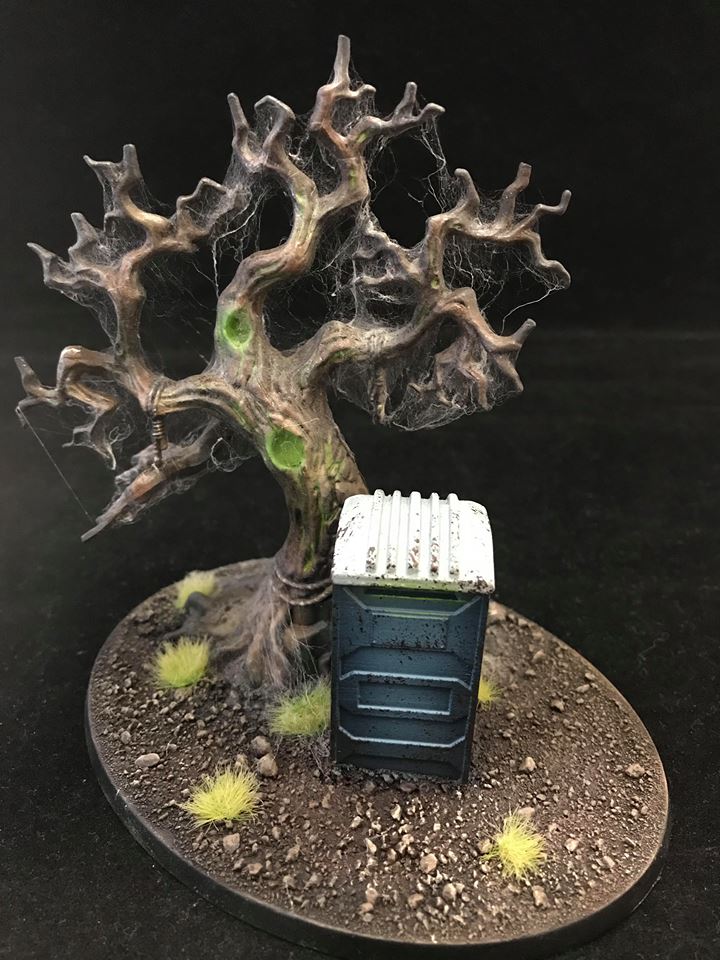 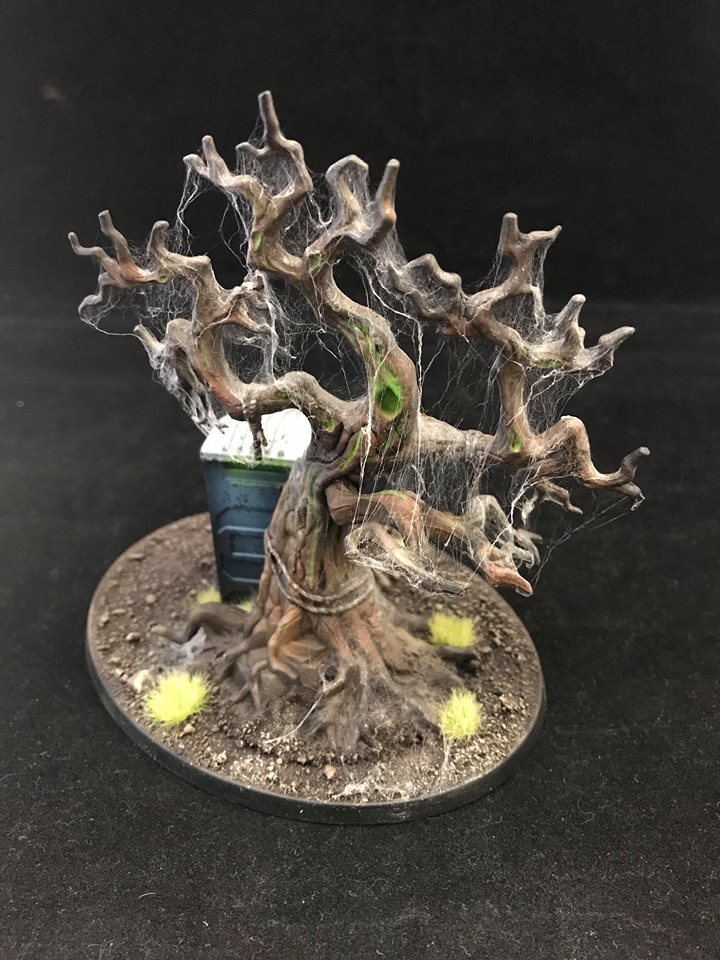 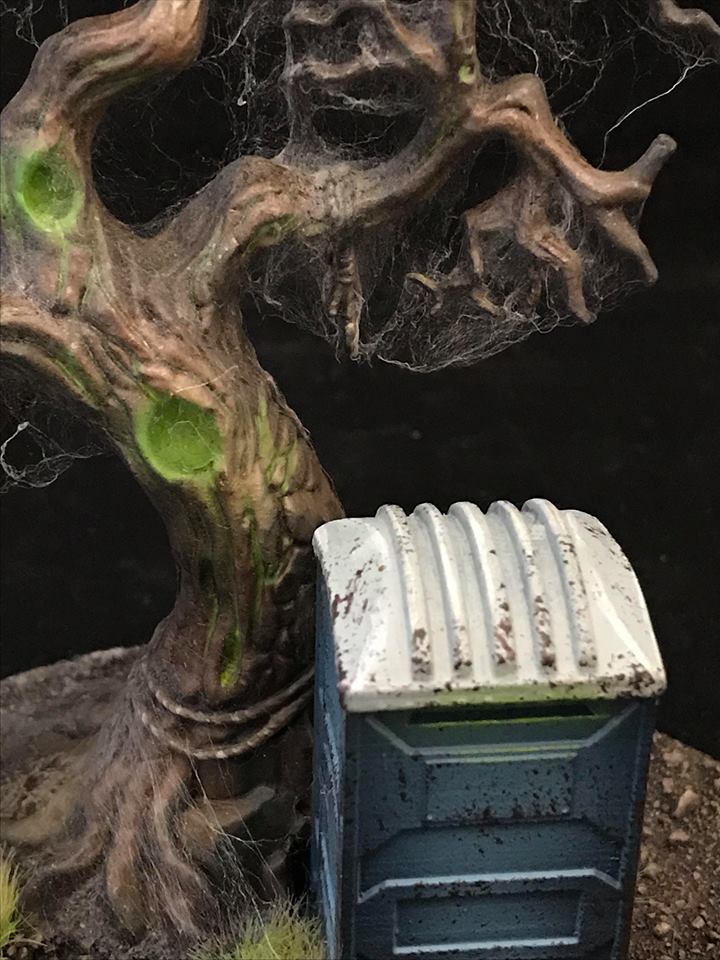 Let me be very honest, I had 0 idea what I was doing.  I only bought the Spider thingy because Arno said he was buying i and it looked cool.  Inflatable neighbour that I am, I also bought it.

I watched the Youtube video GSW put online ( not the whole thing too, I skipped to the ” where spraying the thang with webs” part ).

If you watch the video, they build a big structure around it.  I though the branches of the tree would be enough for what I wanted so I did no bother with this.  If you want to go for a thicker coat of webs look, you most def want to have some sort of frame to lay the webs on. 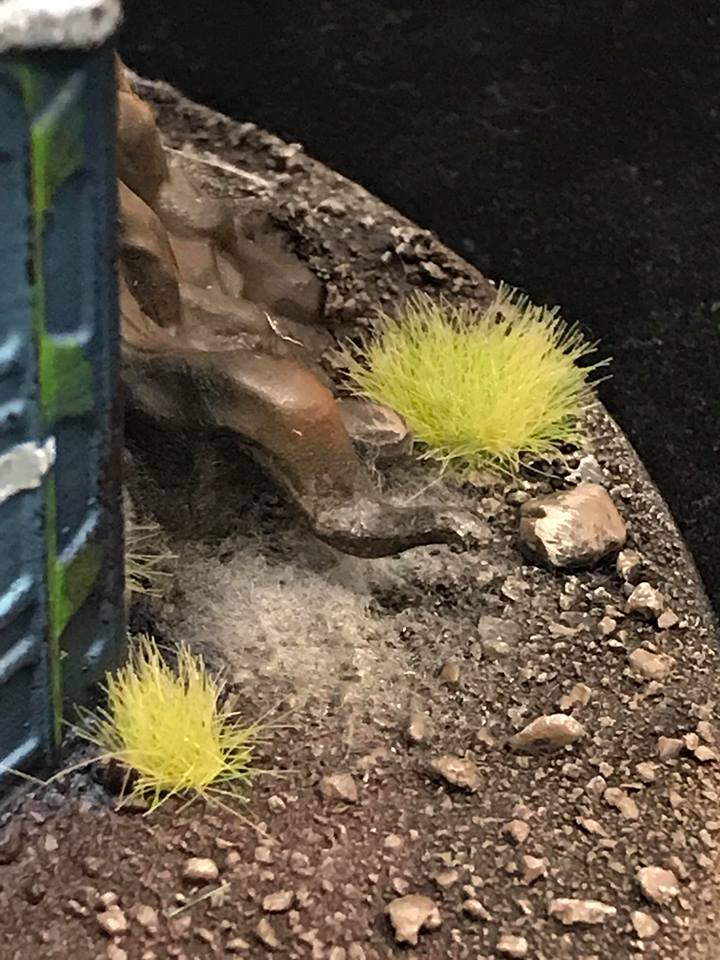 This is such an example.  If I added a frame between the root and the ground, it would’ve looked much better and a lot more realistic ( Ok, it’s a green-glowing tree growing out of a port-a-potty, but as realistic as it gets ).  Now, without the frame, it jus falls flat on the base.

If you are to buy the Spider Serum, make sure you buy 2 Cleaner solution for 1 Serum  pot. You really want to clean your airbrush thoroughly after putting the spider juice in there, so the more the merrier.  You save a lot more money buying a 5 dollar cleaner than buying a new airbrush after each use.

And, in the same order of idea,  the cleaner is potent stuff, and melted through the solo cup I use for discarded airbrush paint and cleaning solution.  Ye haveth been warned.