01Dec 2019 by Hellfire Hobbies No Comments

It’s not a big secret, I love Christmas time.  More than any grown man should.  Twenty years of working in retail didn’t stop me from enjoying the sweet sound of Wham! nor Michael Bublé’s month to shine.  Naturally, I bring my yuletide spirit to the tabletop.

The Holiday 40K Mission Pack contains, missions, relics, and warlord traits, all themed around Christmas.  They are best used in a casual setting.

*Please note that we are using little gift ornaments as objectives in every missions.

Scenario 1 – Jingle all the Way!

Before choosing sides, place 6 numbered gifts on the Battlefield, alternating between players.  The player that placed the 1st gift choses his deployment side.  His opponent will setup his army and can choose to go first or second.

Once all both players are done setting up, each player rolls 4 dice, re-rolling duplicates.  These are the 4 gifts that you must control.

At the end of the game, you score 3 points for each objective you control.

This is a modified version of The Relic mission, with the rule Naughty or Nice.

Starting from turn 2, you score one point if you control the Relic at the beginning of your turn.  At the end of the game, the player controlling the Relic scores 3 points.

Scenario 3 – Jelly of the Month Club

Before choosing sides, place 5 gifts on the battlefield.  The player that did not place the last gift chooses his deployment side.  His opponent deploys his army and may select to go first or second.

« The gift that keeps on giving » – At the start of your turn, each objective is worth points equal to the number of game turns that you had its control. 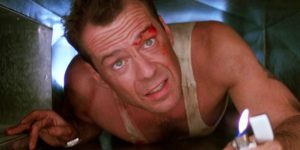 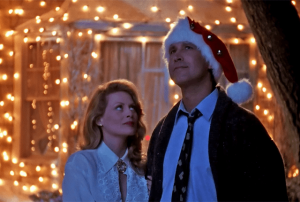 You can roll on the Yuletide Arsenal for free, and give this shiny new wargear to any character.

*The first person to name all christmas references in this post wins a 20$ store voucher.  You each have 1 try.