18Feb 2015 by Hellfire Hobbies No Comments
A different take on the classic battle report today:  Pitting the Primarchs in one on one duesl to the death!
Faithful readers and longtime followers might remember this lovely bunch of pimps. 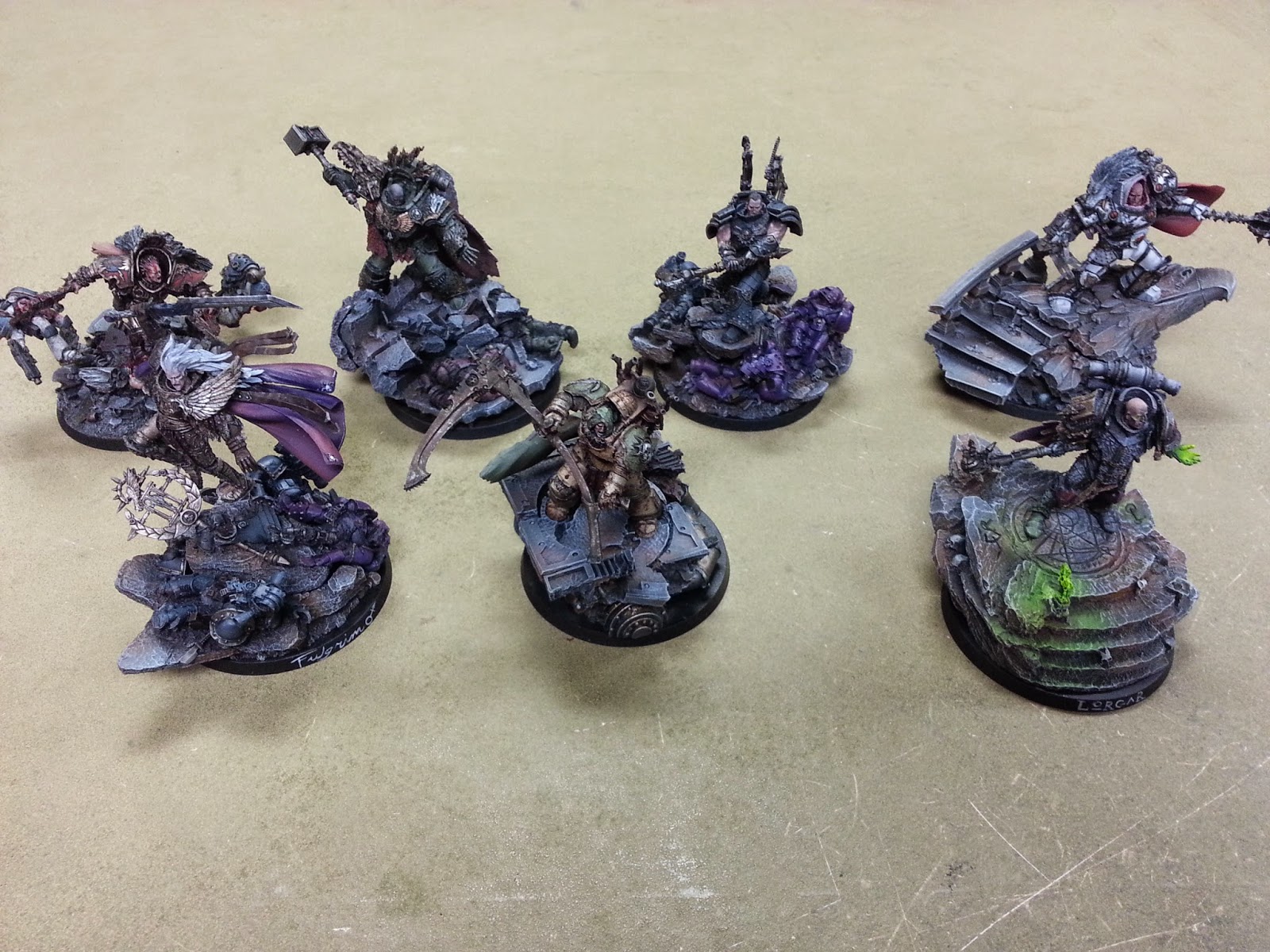 Last week, my buddy Eric brought all 8 of the primarchs ( well the released one anyway ) at the store and we held this tournament to figure out where each one stood in a one on one fight.
Obviously this is by no means scientific, as we took the primarch straight out of the book, and pitted them in close combat with 1 round of shooting from each.  We rolled the pairings for the 1stround.
There was 8 of us, and we each had a primarch that fit our style or general persona.
Obviously I got Mortarion, primarch of the death guard.  Mortarion has a lot of sweet rules, none of them are good in a duel.
Winners  of the 1st round were:  Vulkan, Horus, Ferrus and Angron, leaving Mortarion to battle it out in the loser bracket with Fulgrim, Lorgar and Kurze.
Horus the Warmaster facing Angron,  a duel of ages. 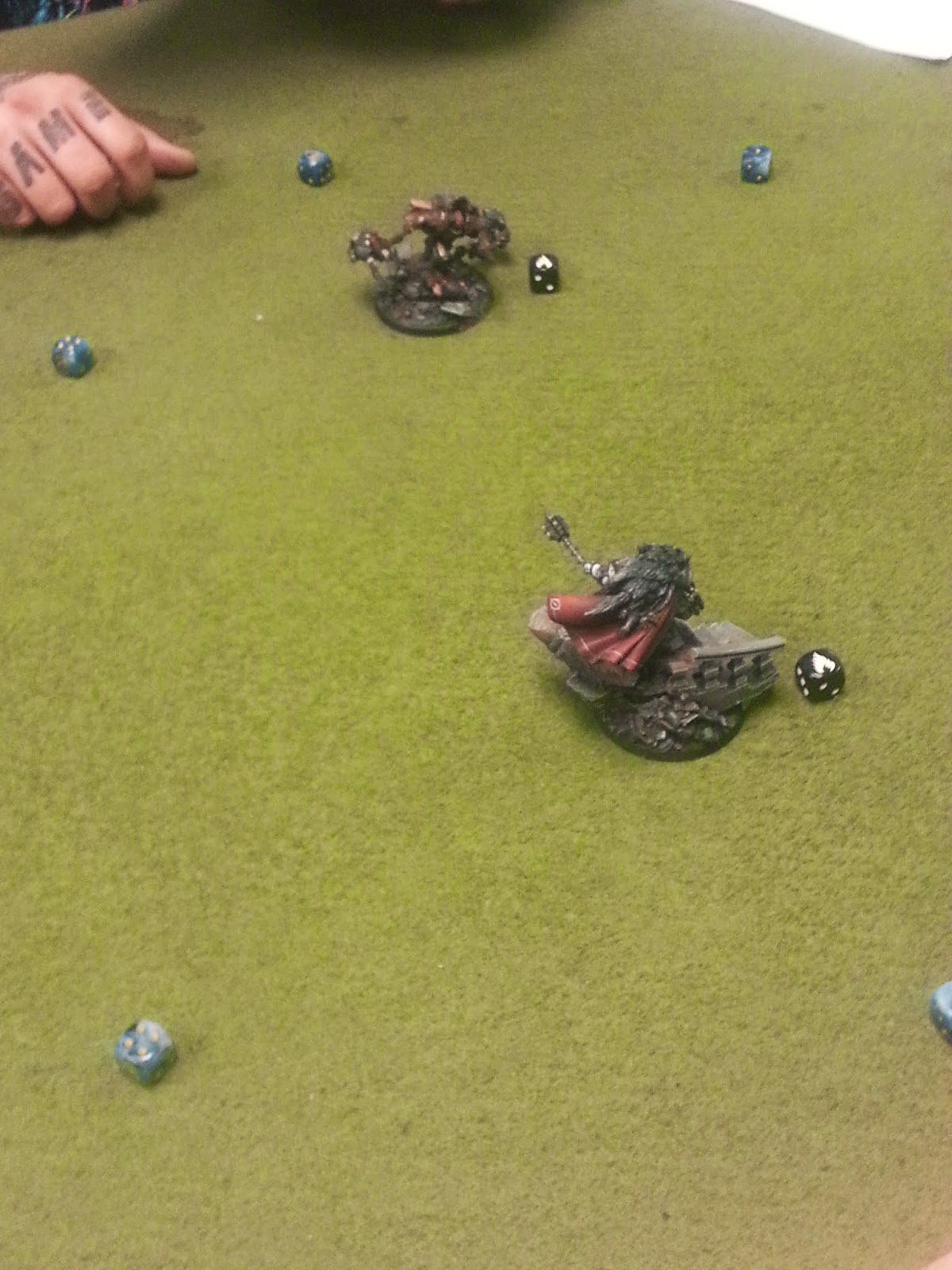 I don’t recall the exact matchups, but here’s the final standing: 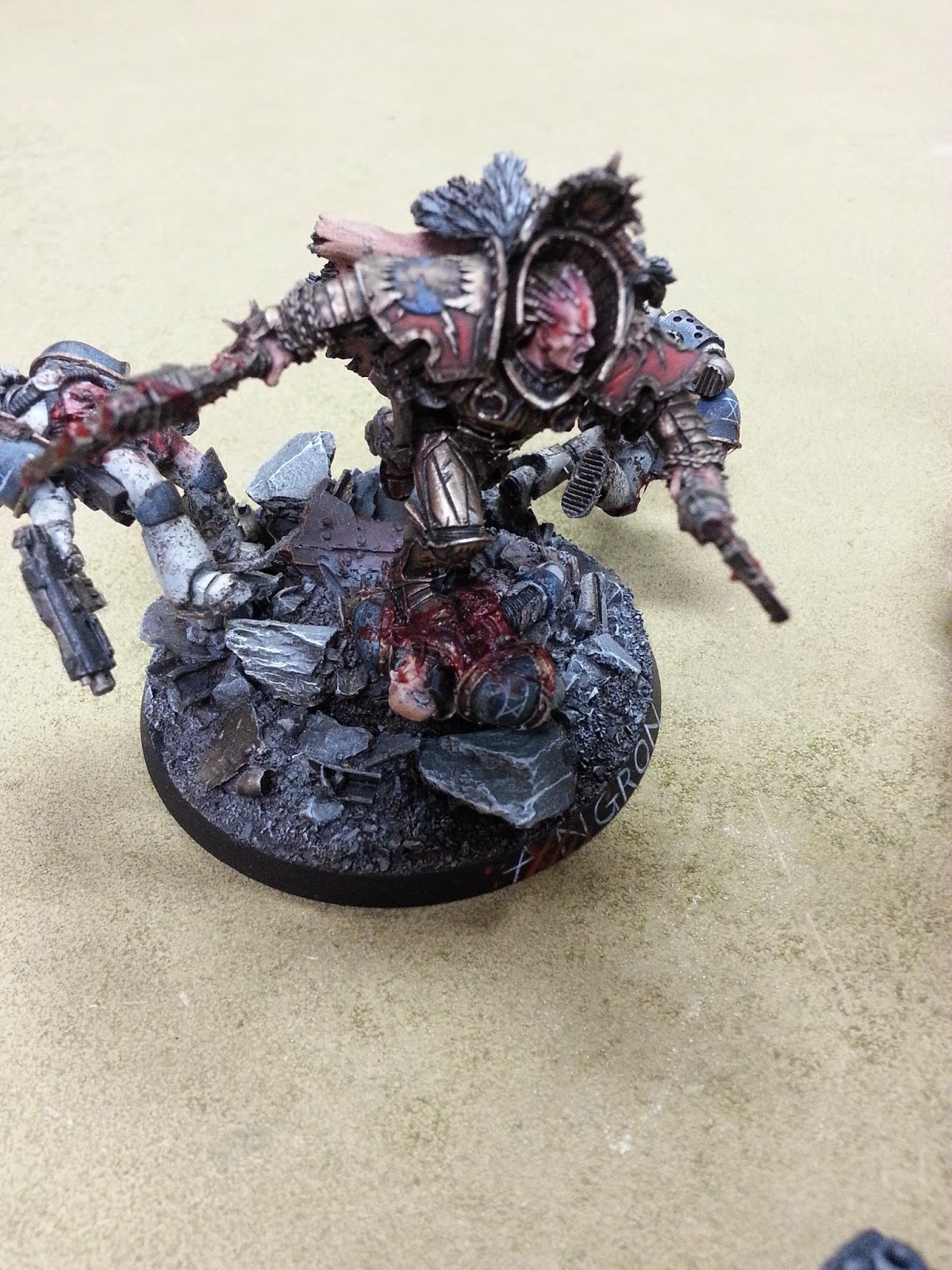 Duel wise, we can safely say that Angron is insane and deserves the 1st rank. 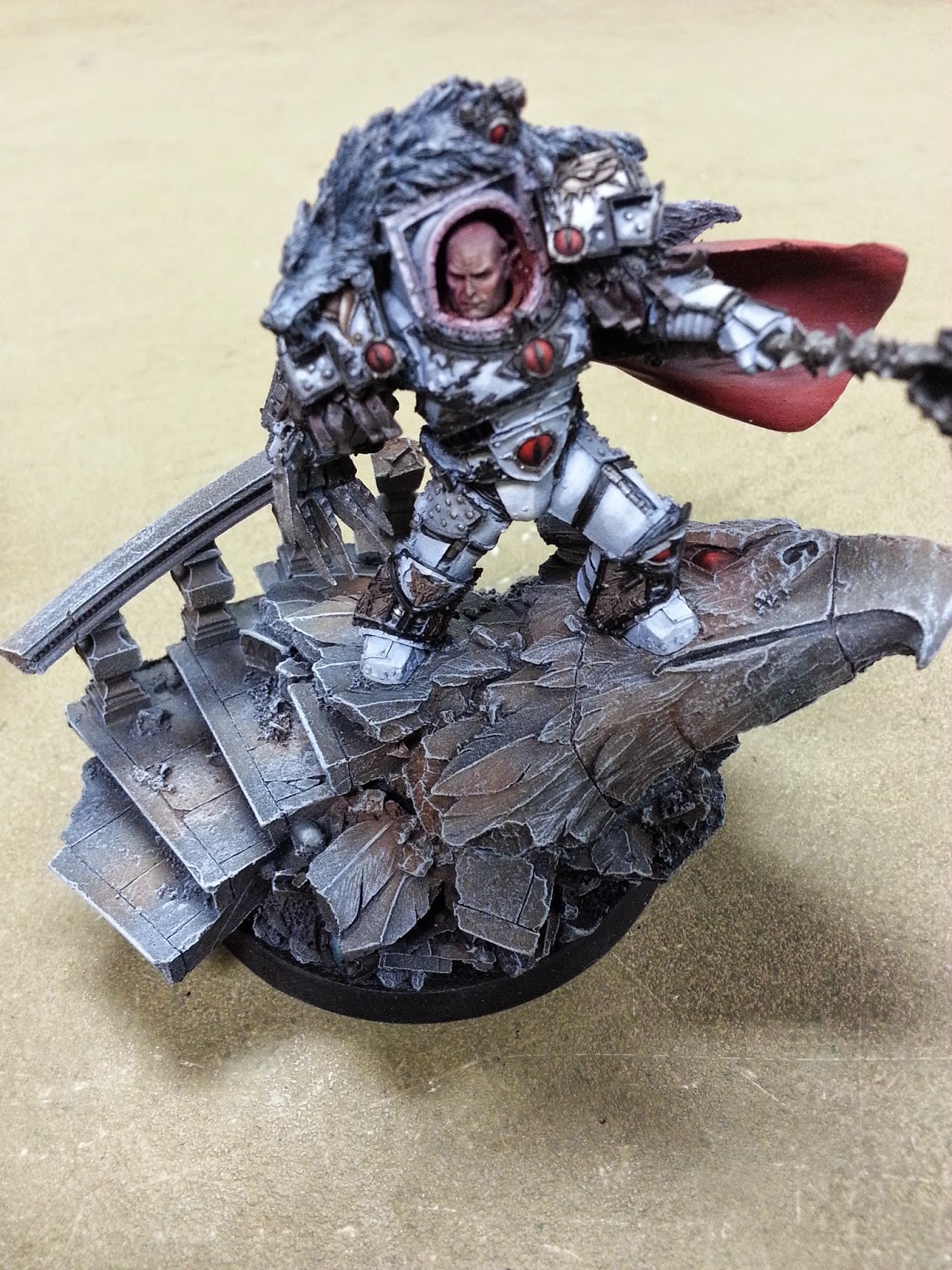 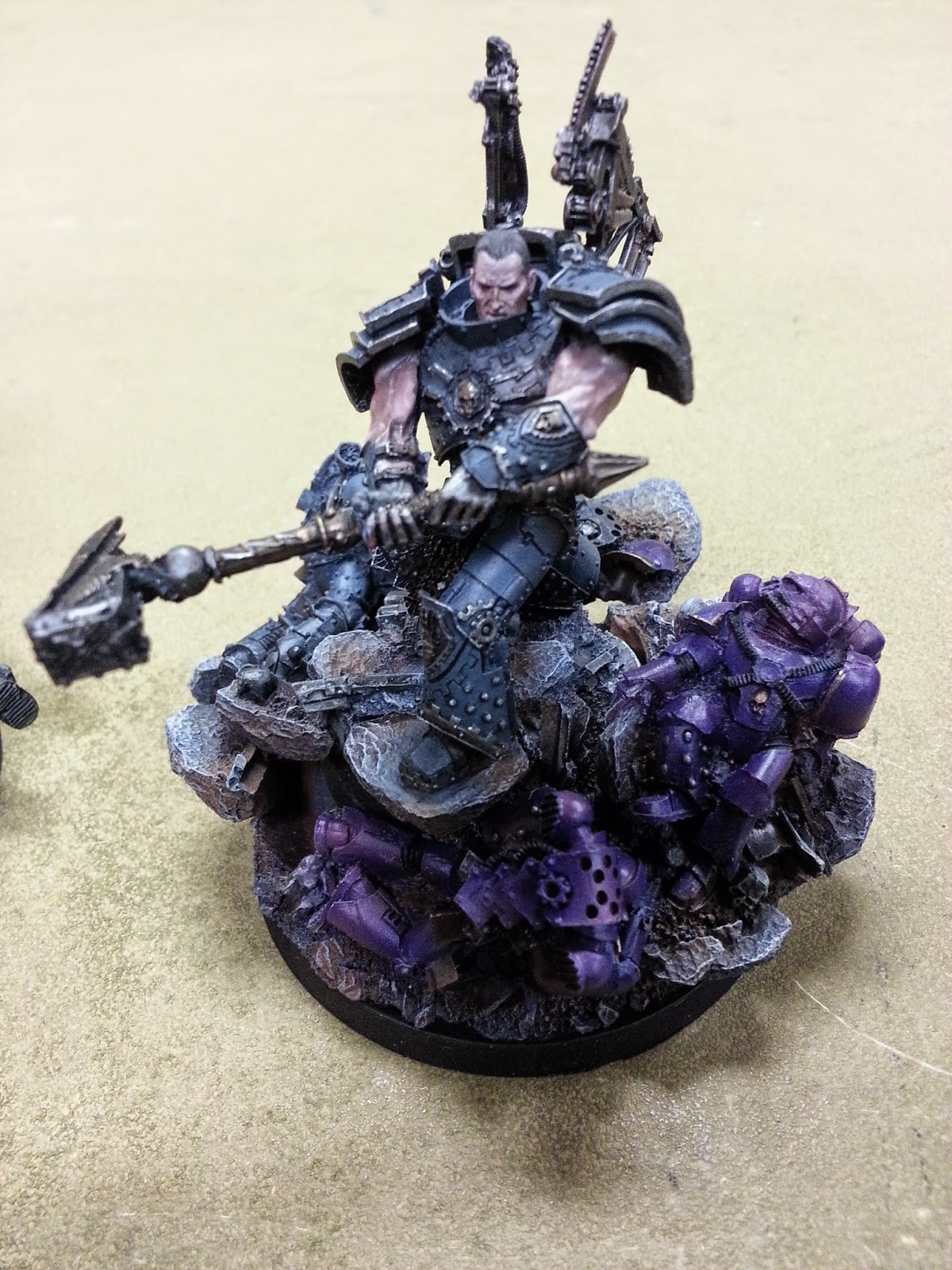 Horus and Ferrus are close second/third, putting to shame all other primarchs but falling to Angron’s insane number of attacks. 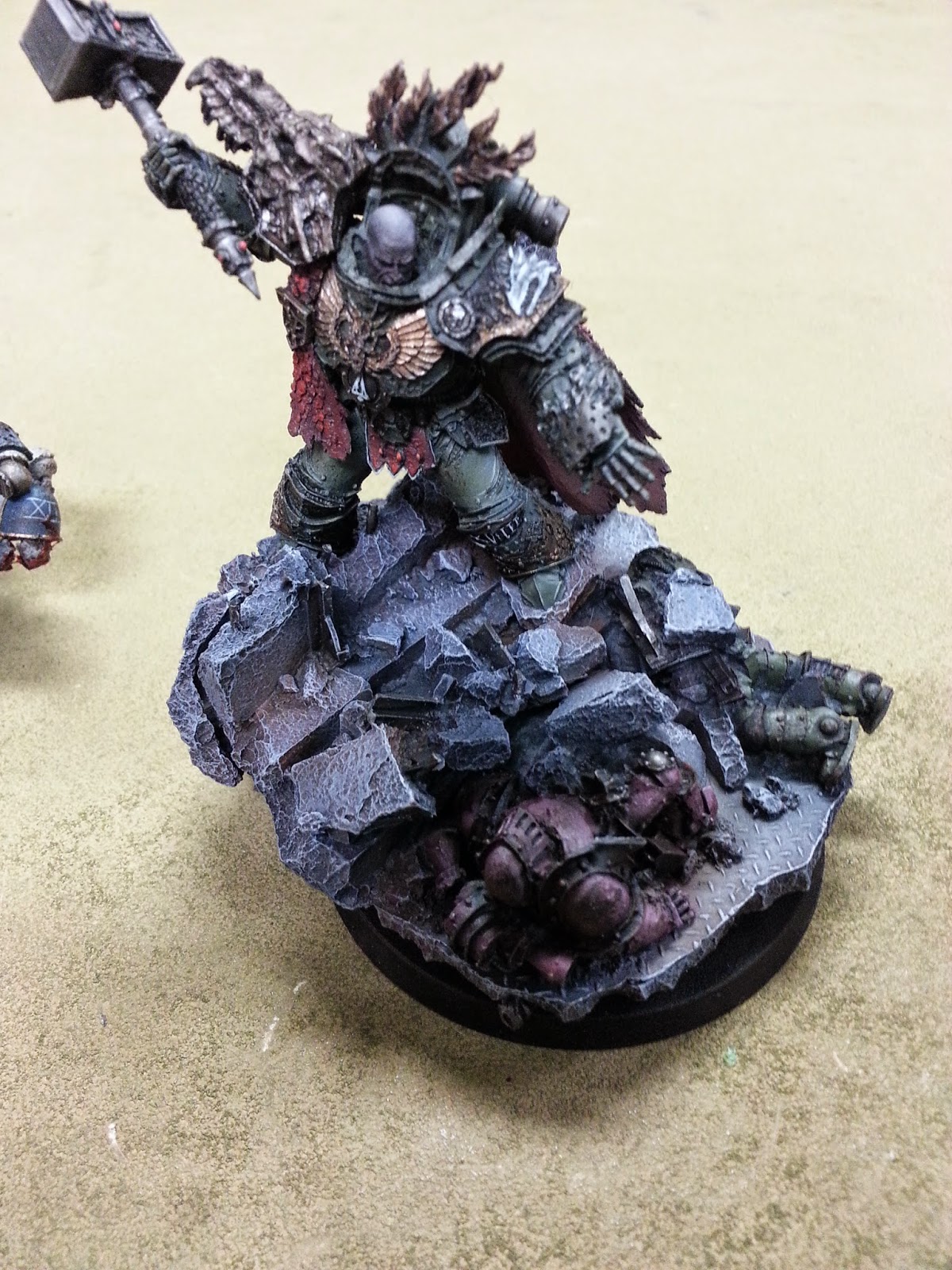 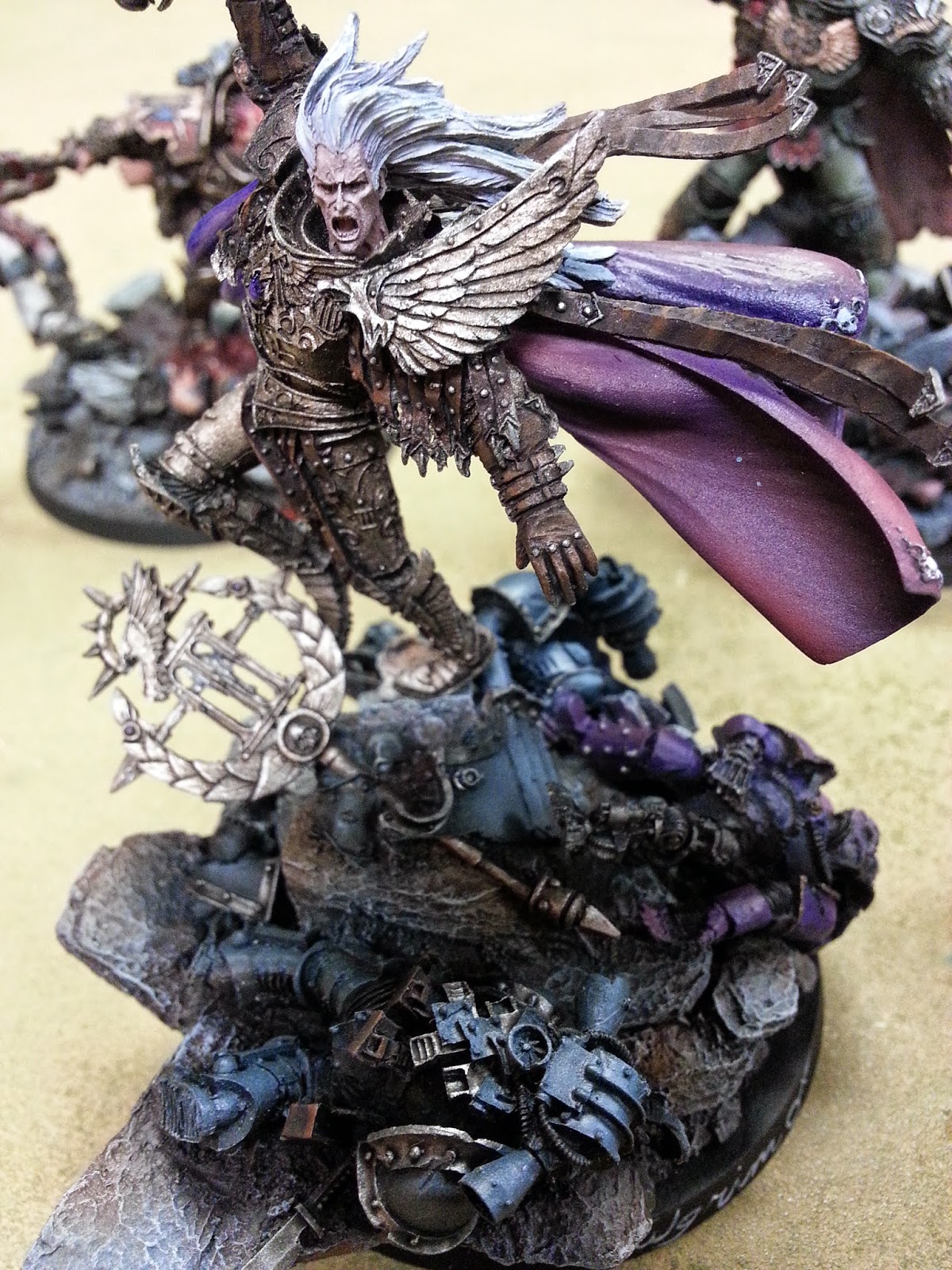 Konrad, Vulkan and Fulgrim are the 2nd tier of duelling Primarchs at spot 4-5-6.  Vulkan is really resilient but delivers no punch at all, while Fulgrim and Konrad are  deadly but really soft. 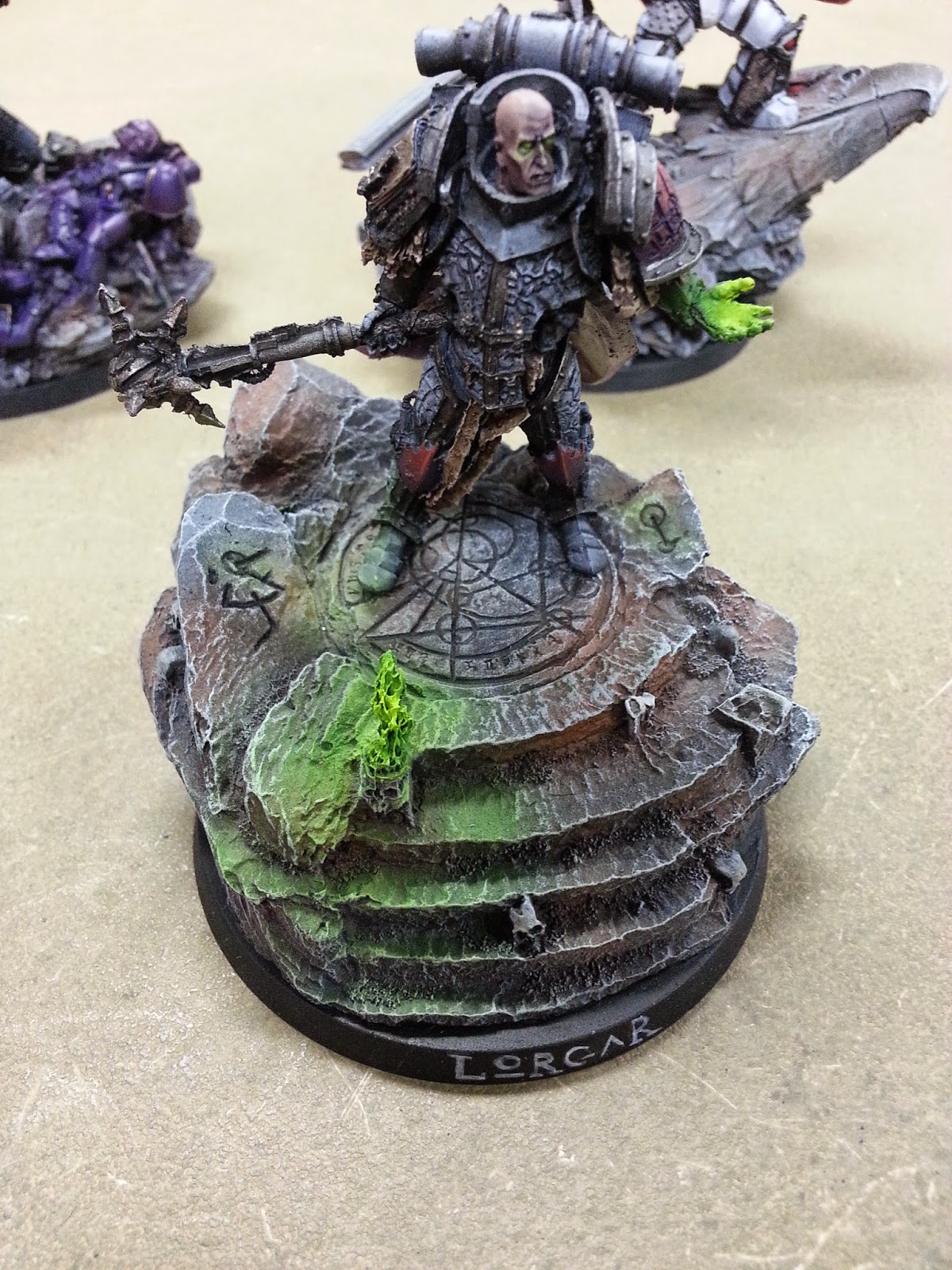 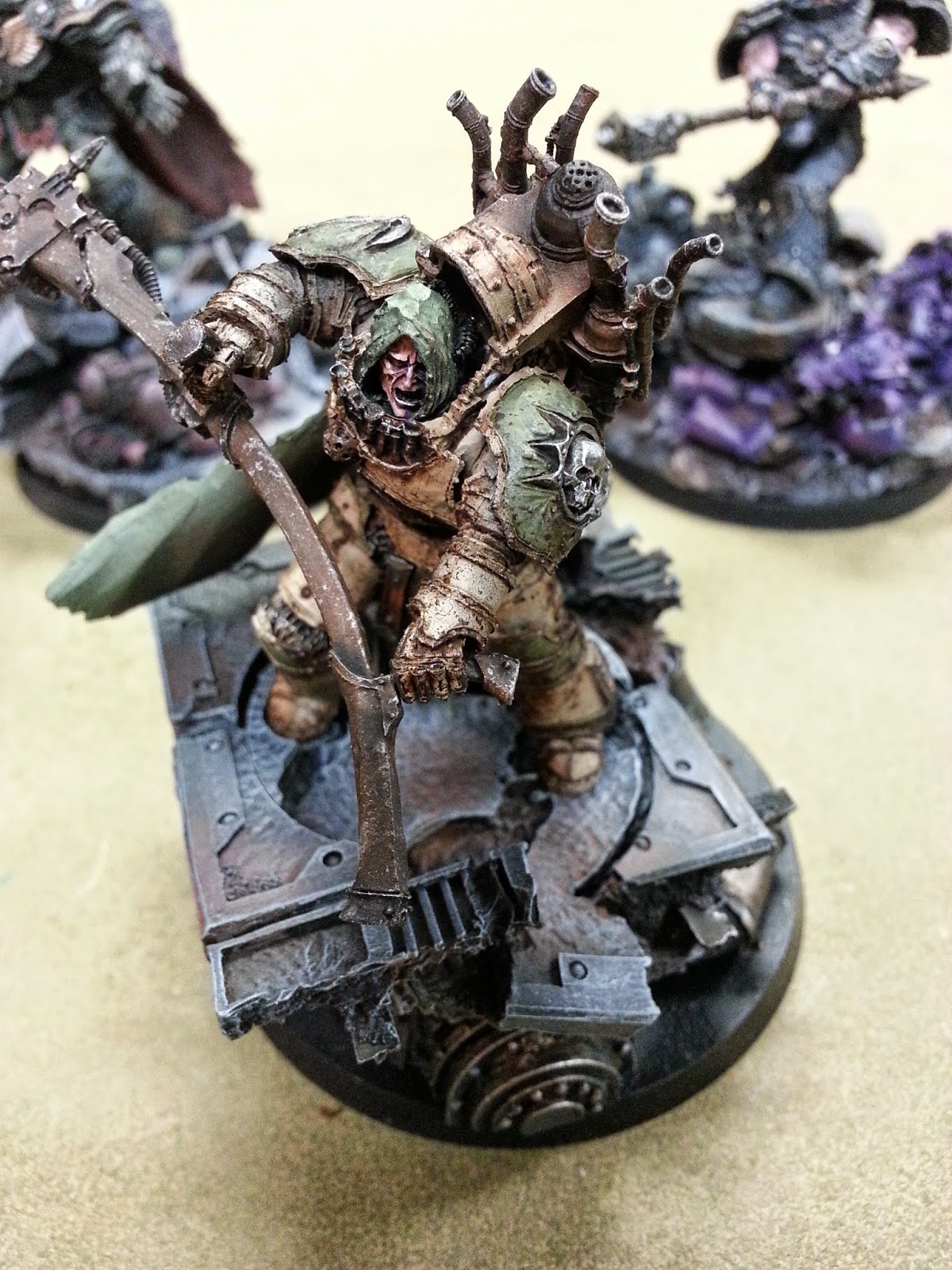 Mortarion and Lorgar are 7-8, and despite Mortarion killing Lorgar 1 on 1, they are both worthy of duelling last place, as they have not much to offer in term of resilience or firepower, at least not in a duel context.
Then again, give me 2500 points of Death Guard to go with my Mortarion, I TOTALLY would’ve won this…